“Bee-Stinger, better known as “The Son of The Hip Hop Movement” (given to him by the legendary Busy Bee) was part of the younger generation in crowds in awe of the founding forefathers of Hip Hop. He recalls Busy Bee enlightening his mind, “you are all sons and daughters of Hip Hop culture.”

Here is some history that often is not noted in Hip Hop culture. DJ’s like Grandmaster Flowers and Pete DJ Jones were one of the first DJ’s in the clubs that people knew of who were spinning disco, then Hank Span from WWRL came along showing off his wordplay live on the radio. This inspired DJ’s to add hype on the mic like DJ Hollywood at Studio 54 & The Garage. Disco King Mario of the Black Spades (first division) from Bronxdale projects, created one of the early venues to play Hip Hop at P.S. 123 in the Bronx and was DJing outside in the parks. He is also credited as DJ to Chief Rocker Busy Bee (1st solo emcee to rap on the mic in the realm of Hip Hop). The Hip Hop Movement also recognizes the true first ladies of Hip-Hop including Sha Rock, Lisa Lee, and Debbie Dee. In 1982 Melle Mel changed the game in Hip Hop with his recording of the song "The Message" which became an instant classic and one of the first glimmers of conscious Hip Hop.  During the golden age of rap in the 90’s Public Enemy blasted on the scene and gave the Hip Hop Movement the legs to stand on…

Ronald “Bee-Stinger” Savage went on to develop The Hip Hop Movement’s foundation in late 2016. His efforts were not unnoticed, in fact, the movement and brand became a major staple in Hip Hop culture as well as a registered service mark. The movement connects R&B, Civil Rights Movement, and Hip Hop culture into one brand, “Hip is the culture and Hop is the movement.”

Today, The Hip Hop Movement is the backbone of Hip Hop as it addresses persistent societal issues. Its mission is to provide a platform for emcees to share their conscious music that exudes substance and positive messages for our youth and communities, messages that strive for encouragement and empowerment. “Artists and Hip Hop enthusiasts head over to The Hip Hop Movement’s streaming channel on ROKU TV and submit your music now.” 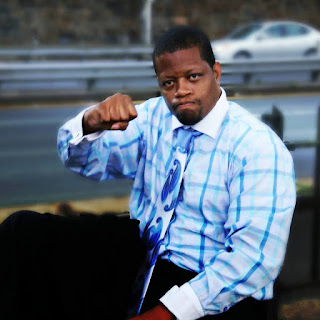 Hip is the Culture Hop is the Movement
www.ronaldsavage.com

Lateb & Oblivious ft. M-Dot - Up Up and Away 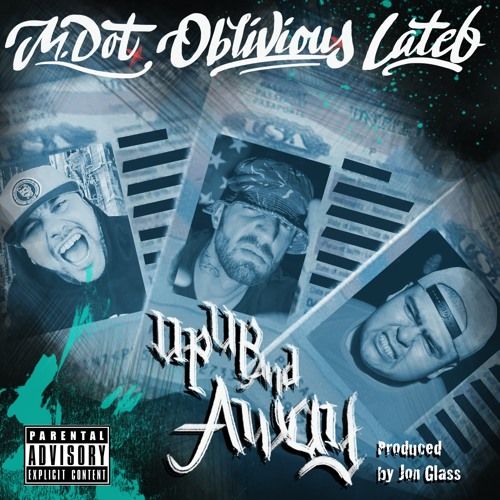 Mass duo W.O.K.E. (Lateb & Oblivious) team up with Boston rhyme vet M-Dot for the long awaited music video to their high energy single "Up Up and Away" produced by Jon Glass (Joyner Lucas, Hopsin, Token, etc.) & IV the Polymath. The Summery visuals were shot between Massachusetts and Miami, FL by Red Bridge Productions and the single is extracted from their self-titled album "W.O.K.E." Out Now on all digital platforms.

Connect On Twitter:@LatebTheGod@ObliviousHipHop@MDotBoston@JonGlass_@RedBridgeProd
à May 28, 2020

Dee Wile - Too Much Game (Album) 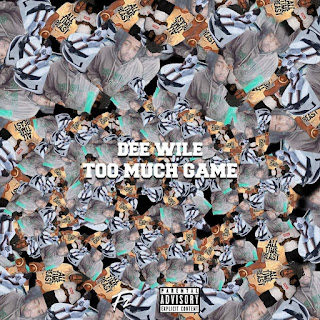 Dee Wile releases his new album entitled “Too Much Game”, currently at the top of several ‘ must have playlists’ essentials. The Tampa native is known for his humorous music style, straying away from the violence that plagues so much rap music. The independent, creative soul has self-released music since 2016. Between touring throughout the southeast and starting his own record label, February’s Finest Records, Dee Wile is always on his grind.

His new EP is racking up crazy streams as he looks to follow up the super successful ‘Play Cuzzins’ (a joint venture with Virginia Rapper/Producer Willy G) EP which still boasts impressive weekly numbers even over a year after its release. If you're looking for typical murder music and rappers committing felonies on records, this is likely not the project for you. But if you like good music, love to Party and Bullsh** you have the ideal soundtrack for it. Stream ‘2 Much Game’ and connect with Dee Wile below. 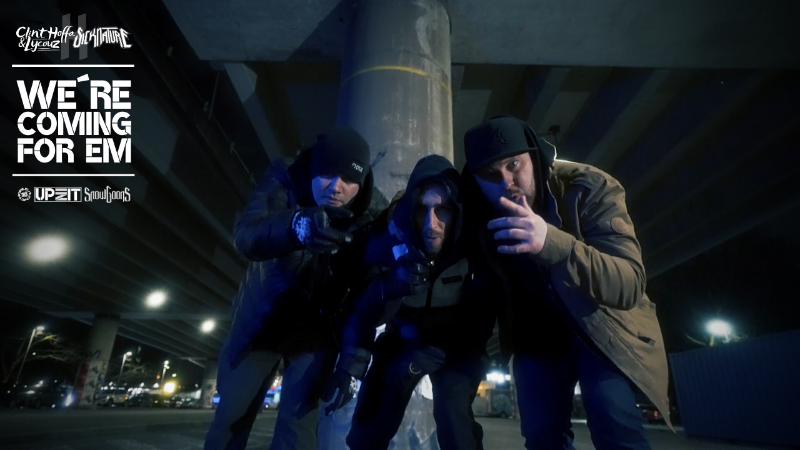 Clint Hoffa & Lycouz, an energetic urban act from south of Sweden. Started to rap together as teenagers and are now working thier way up on the underground scene.The duo teamed up with Snowgoons own Sicknature for the new single "We're Coming For Em" from their upcoming album.Video by: Sadik SalemProduced by: BlackDiamondMusicMix & Master: OgenF 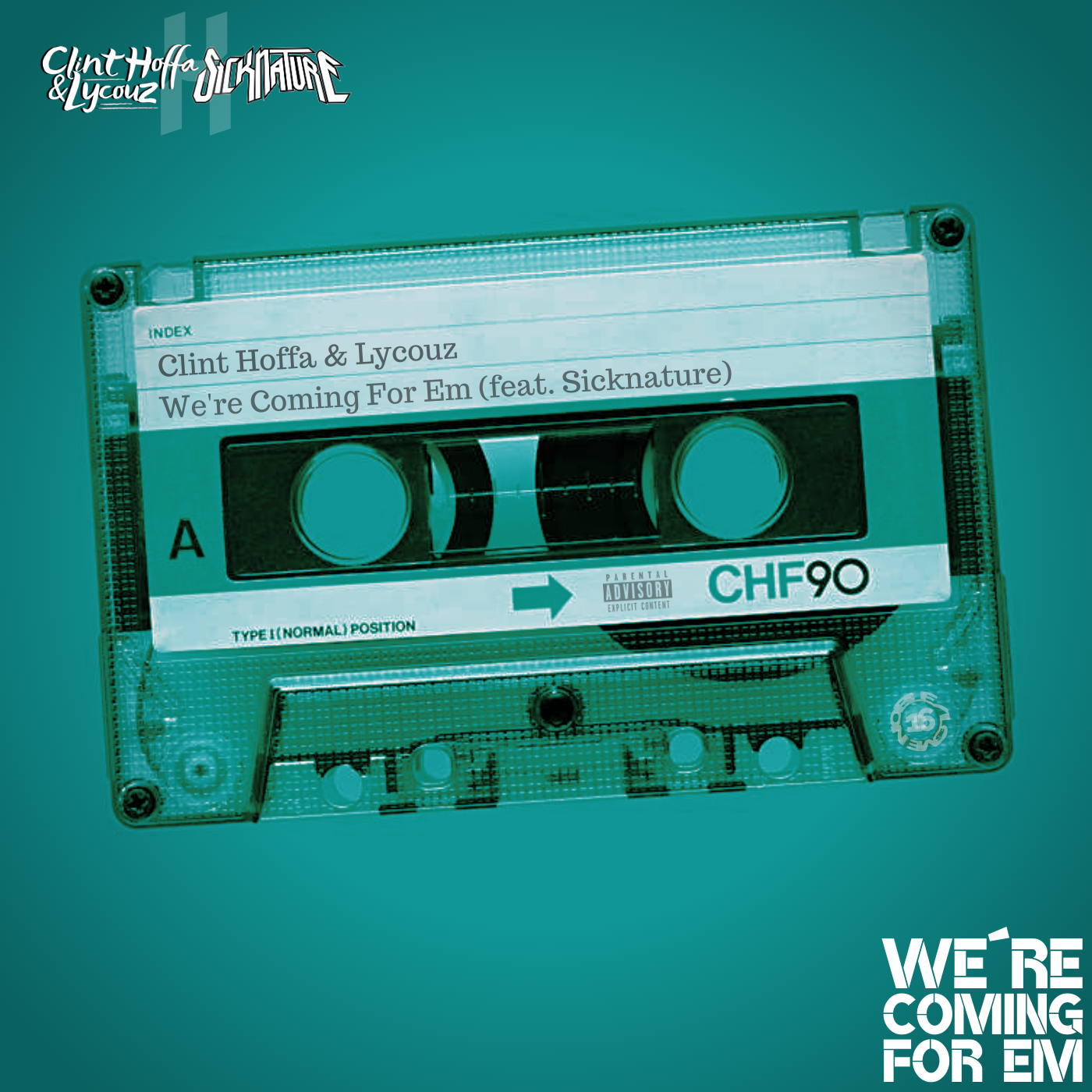